I'm calling for a vote.

Digging for the Truth.

The History Channel has a big promotion coming up. From The New York Times

For a 12-week promotion that begins today, the History Channel developed a comic book in which readers can join Mr. Bernstein in unraveling a new "Digging" mystery about Shangri-La, the mythical mountain village of long-lived people. The comic books will be given away at 1,850 comic-book stores around the country, at 185 HobbyTown stores and by direct mail. After each episode of "Digging," clues to the mystery will be revealed online. The grand prize is a trip to Greece. 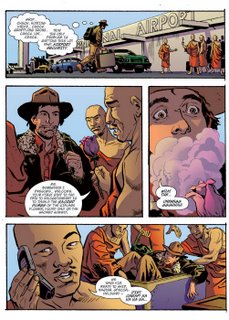 This was our first collaboration with Susan, and we were tremendously pleased with her work. If you want Susan lettering or coloring your book, contact us at mercury (dot) studio (at) yahoo (dot) com, and we'll put you in touch.

For you Portlanders, there's an exhibit of Mercury Studio original art at Portland Center for the Performing Arts this month, near the Artbar. It's a gorgeous space. Seriously, we'll never see our stuff on such magnificent walls again. With any luck, Parker will snap some photos at the opening Thursday night, so you'll know we aren't lying.

I unfortunately won't be there stuffing myself full cheese. I'm going to be at Wondercon this weekend, table AA-28. Stop by and say hey.

Marvel Romance Redux is out, and it opens with a story by Jeff Parker, "President Stripper." Here's one review: 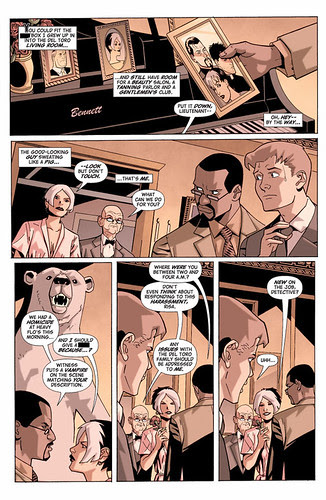 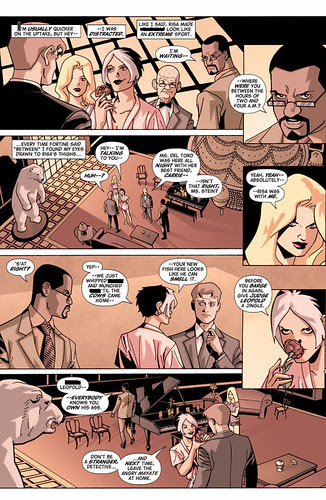 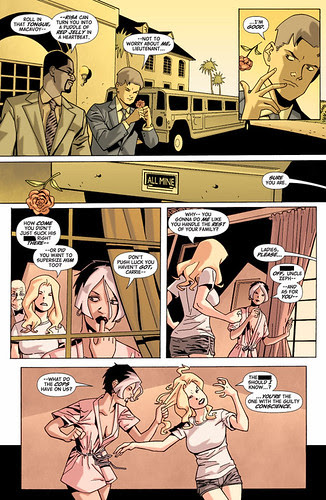