First Thursday • JUNE 1, 2006
Sequential Art is proud to present Matthew Clark’s HEROES?, a selection of his original artwork from the monthly comic series, OUTSIDERS, published by DC Comics. OUTSIDERS chronicles the exploits of costumed superhuman adventurers who break the ‘rules’ of the superhero establishment, thus blurring the line between the ‘good guys’ and the ‘bad guys’.

“Heroes?” marks Matthew’s third show in the Everett Station Lofts (which he also calls home), the first at Pause Gallery (Aug ’04), and then at Milk Studios (June ’05). His work was also part of group show at ArtBar (located in the PCPA) in Mar-Apr ’06, featuring artists from Mercury Studio, a collective of industry professionals living in Portland; Matthew is a founding member.

For First Thursday, Matthew will be in attendance to discuss his work and love of the comic book medium. Additionally, he will be joined by several members of the Outsiders in-person: Arsenal, Grace, Indigo, Jade, Nightwing and Shift (as performed by The Kids Your Mother Warned You About Players). They will be searching the Everett Station block for two of their more notable villains, and promoting the “Heroes?” installation.

Yes, you read that correctly. There will be live actors dressed up as The Outsiders running around the art gallery participating in a big scavenger hunt. If you are in Portland, you must go to see this.

And a bit more Toth analysis

A decade or so ago, I wrote a Usenet post analyzing and comparing a couple of Toth stories that were from the same series, but used very different storytelling techniques. Through the magic of google news, it's still available, and I'm posting it here in case it might be of some interest to someone who hasn't made a broad study of the man's work and wonders what sort of things to look for. Here's a lightly edited version, or you can read it in its original context here : http://tinyurl.com/kj6mj

The discussion started with "The Case of the Curious Classic," from Toth's run on "Hot Wheels." It's an excellent introduction to Toth's storytelling; his "camera" work, his timing, his naturalism and his remarkable touch with mood.

I found it interesting to compare his work in that story, which appeared in issue #5, with another one he drew for the first issue of the series. His approaches to the two stories are quite different.

In Issue one's "Wipe Out at LeMans," most of the story is set at the racetrack and Toth reaches deep into his bag of layout techniques to give his readers the feel of the place. He whips the camera around, uses tight close ups, dust clouds, shots of whirring wheels, big sound effects, blur lines, small insets to slow time down and montages to condense hours, weeks and years into individual panels. His terrain is mostly big flat open drag strips and he uses page wide panels for many of the scenes. I, as a reader, never lost my sense of how much flat land and open air there was around the action, even while squirming at the repeated claustrophobic motif of drivers endangered by other cars encroaching them on the track. It also probably bears noting just how hard it is to do an interesting, coherent car chase scene in comics at all. Since cars don't have much in the way of "gesture," an artist really needs to exercise his design sense to communicate the feeling of movement weight and speed. In other words- it's not so much how the cars are drawn, but where you put them in on the paper and in the picture space that gives the reader the story and gives the feeling of action. This issue provides plenty of fine examples of that aspect of Toth's skill.

The fifth issue is a very different sort of story, and emphasizes a different set of Toth's talents. Where issue one used a wide variety of panel shapes and sizes, here Toth uses exactly one. Every page is broken down into 8 identical panels. (Four tiers of two, the "Stray Bullets" grid.) He also refrains from using sound effects, distorted foreshortening and broad caricature. The emphasis here is on mood and character not on movement. (Although there are, again, some very nice driving sequences, this time at night and on mountain roads.) He doesn't compress time pictorially here, leaving that instead to the captions, but he does elongate some moments by leaving the camera in place and building suspense as an action occurs slowly. He consciously decided not to use many of the techniques of the earlier story in this one. Why? This isn't a racing story, it's a mystery centered on a car. Different genres, different requirements. There aren't a lot of artists that can (excuse the pun here) shift gears the way Toth did between these two stories. If you can find the issues in the back issue bins, check them out. If you just want something to read, these are nice enjoyable stories, clearly and excitingly told. But if you're looking for lessons in the art and craft of comics, there's an awful lot of material worth studying in there.

For more of this sort of analysis, over on his livejournal Jesse Hamm has written a thoughtful piece about Toth and his work, with a close look at some elements of Toth's draftsmanship that I think is particularly worth reading:
http://sirspamdalot.livejournal.com/10363.html

Too much bad news lately.

Bad news- I'm tired of it. Here are a bunch of photos of friends, family and members of the studio. 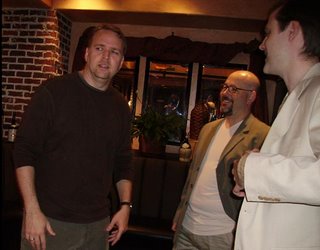 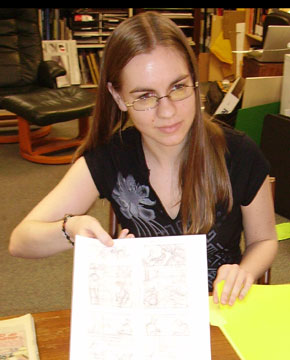 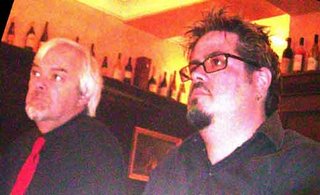 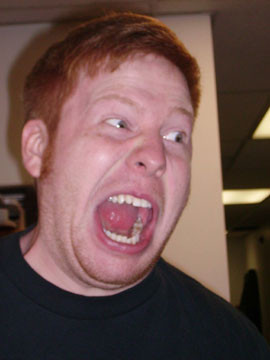 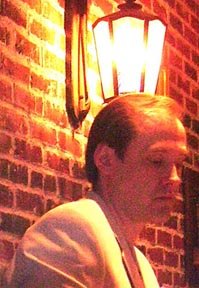 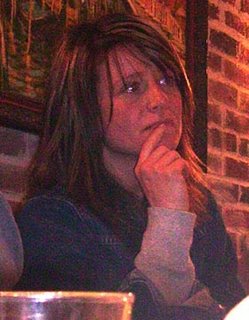 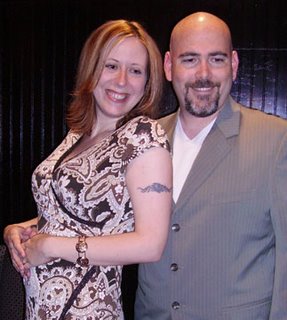 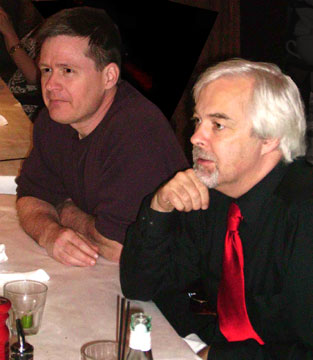 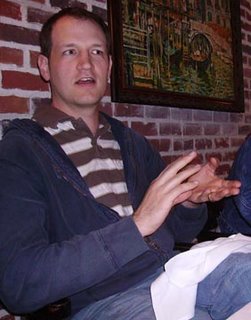 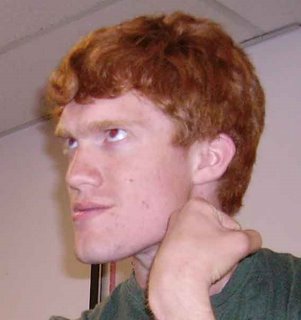 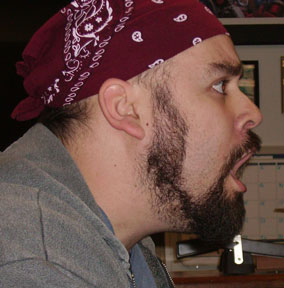 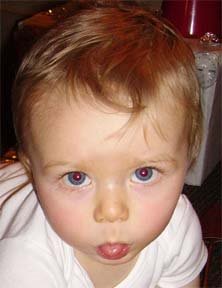 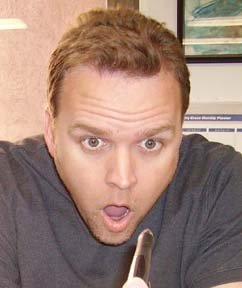 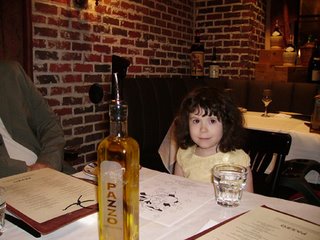 "Alex Toth was one of my favorite artists."

It's true, but spectacularly inadequate. For a comic book illustrator, that's a lot like saying "I have a brain and at least one functioning eye." I've learned so much about the craft of storytelling from studying the man's work -- both his art and his writing about art -- words fail me.

As an cartoonist/illustrator, Toth set a dazzling example for his peers, constantly pushing himself stylistically, incorporating new influences, and fighting for ever more eloquent simplicity in his work. And despite these re-inventions, his work is always instantly identifiable, marked by his confident line and his bold composition of shapes and forms.

He should also be remembered as a valuable casual critic. He expressed his standards ferociously, and offered thoughtful opinions about and insights into the work of his influences and his peers. Toth's enthusiastic endorsements sent countless artists out to investigate the work of neglected cartoonists and illustrators like Noel Sickles, Jesse Marsh, and Robert Fawcett. He adored their work and helped keep it alive for subsequent generations. It will be our privilege to do the same for him.

Doing Well, Thanks For Asking

Matthew Clark thanks everybody who's been writing and calling to check on his health, and wants you to know he's resting and doing pretty good.

Karl Kesel's in the studio today, working on an issue of Jack Kirby's Galactic Bounty Hunters. I snuck over and scanned a page while he wasn't looking: 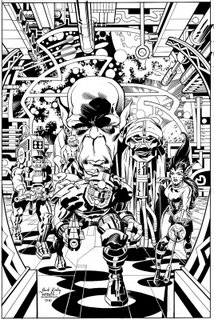 I liked this interview with Douglas Wolk over at Graphic Language. Wolk is easily one of the most interesting comics critics working today, and he's able to write about the medium in a way that makes sense to casual readers while still engaging those of us who think in nine panel grids.

And Jeremy Colwell, a friend of the studio and occasional collaborator, was just interviewed at Silver Bullet.

It's been too long.

You all can mark your calendar JUNE 1st and join me. I'll be showing selected OUTSIDERS pages. Helping me with the show will be SHIFT, KATANA, INDIGO, NIGHTWING, GRACE, and ARSENAL. They'll be handing out flyers there, looking for MALLAH and the BRAIN, hiding somewhere in the galleries. You can help and collect a reward.

I'll also be showing off my latest piece with Aimee Dieterle:

For those of you who are out of town, I'll post pictures of the event on my blog. It'll be like being there...minus the reward. Seeya soon.

Jeff Parker's been getting great reviews for his final issue of Marvel Adventures Fantastic Four. One site, Comics Should be Good said:
"Just a great job by Jeff Parker, to be able to tell a story quite literally called, "Doom, Where's My Car?, and have it not just be funny (which it is), fun (which it is ) but also working with everybody's established characterizations."

In his blog for the Oregonian, Steve Duin broke the news about a project I'm working on with Sara Ryan: a comic depicting the 1962 Morris/Anglin escape from Alcatraz for the California Parks Service. There's nothing like on-site research, and the access we we're granted for this was spectacular. Here's a shot of Sara inspecting the utility corridor into which Frank Morris and the Anglin brothers tunneled. 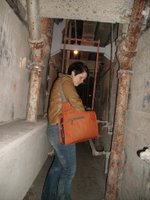 Finally, we've got a new intern! Everyone say hi to Eric, (embarrassing photos soon) who comes to us from the comics program at the Minneapolis College of Art and Design. If he had a website, we'd totally link to it. Instead, we'll just nag him to get a damn website already.